It’d be unfair to expect Round 7 to compete with Round 6 in terms of pure entertainment value. Still, there was drama aplenty, with the Wests Tigers saga taking on another dimension as Mitchell Moses turned up to front the Eels at ANZ Stadium. No match this season has captured Moses at his best and worst like this one, so it felt apt that it was – potentially – his swansong for the Tigers before heading off to Parramatta. As it has turned out, Ivan Cleary has refused to grant him a mid-season release this week, but that doesn’t diminish the spectacle – and suspense – that came with not knowing which of the two teams on the park Moses would be playing for in Round 8.

By this stage the Tigers have had so many disappointing finishes in 2017 that it would barely deserve to qualify as news, were it not for the fact that their devastating loss to the Eels – who came from behind with three tries in quick succession towards the end of the second stanza – formed part of a wider pattern of late surges and chokes over the weekend as a whole. Kicking off the Easter break was the Bulldogs-Rabbitohs clash on Good Friday, and with Russell Crowe in the sheds the stakes were high.

Not surprisingly, the Bunnies surged early, with Alex Johnston putting in one of the tries of the week, and while the Dogs managed to keep them neck and neck, Adam Reynolds’ field goal before the half-time siren was too redolent of his match-winner against the Panthers last week for it to feel as if Canterbury-Bankstown could take control of the narrative in the second half. That they also managed to come from behind was partly due to Reynolds failing to score shortly after half-time, a momentum-shifter that, in combination with Josh Reynolds’ outpacing of Alex Johnston, seemed to suddenly demystify two of the major playmakers in the Bunnies’ stable.

In the same way, the Titans started off dominant in their Good Friday clash, ratcheting up a score of 12-0, only for the Broncos also to come from behind. It had to have been one of the most disappointing Gold Coast defeats this season, if only because it contained their best highlights reel so far, from a brilliant pass from Tyrone Roberts that set up Anthony Don with another terrific try, to yet another example of Ryan James doing what he does best and putting down four-pointers like no forward before him. The stakes were raised even higher for both teams by the most histrionic commentary I’ve heard all year – at least on Channel 9 – with every move seeming to devolve the analysis into a shouting and screaming competition.

Still, the Titans should be heartened by how well the team is evolving, and particularly encouraged by Chris Grevsmuhl, who put down the try of the round, announcing that he’d arrived at the Gold Coast in the most definitive way possible. Not so with the Panthers, unfortunately, who also put points on the board first with a penalty goal from Nathan Cleary, but managed a solid zero after that, kept tryless by a Sharks outfit hungry for victory after their dramatic win at AAMI Park last week. To me, this was the real conundrum of Round 6, since while I expected Penrith to lose (probably), I didn’t expect them to lose that match. 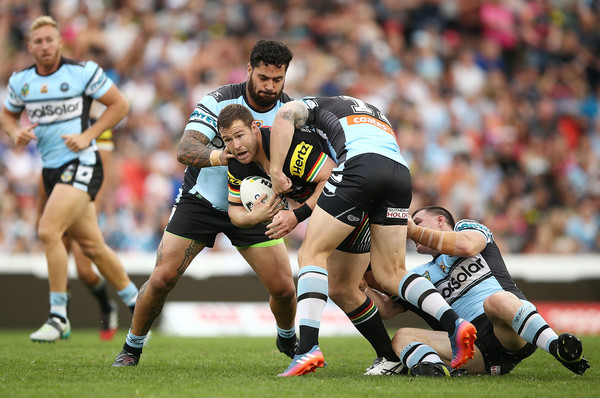 Maybe it’s a glitch, maybe it’s the combined absence of Bryce Cartwright and Josh Mansour, maybe it’s the fallout from Matt Moylan’s time off the park, but Panthers fans have to be hoping that the chocolate army will put in a better show against the Eels next week, especially since Parra managed such a definitive conclusion at ANZ on Easter Monday. Like the Panthers, the Knights also seemed to take a step backwards, coming up with another loss, but a loss that seemed to have less conviction and gutsiness in it than their 22-12 defeat to the Dogs at Hunter Stadium last week.

With a rehabilitating team like Newcastle, it’s not so much about the losses as how you lose – you could almost say the same thing about the Tigers – and while they showed plenty of spirit in the opening half, and enjoyed some great interplay between Dane Gagai and Ken Sio, their hearts didn’t seem to be in it as grittily as last week. With Mitchell Pearce and Michael Gordon virtually running straight through the defensive line for their respective tries, it was a bit of a three-steps-forward, two-steps-back, situation for Newcastle, and they’ll be looking to reverse their fortune in the following round. 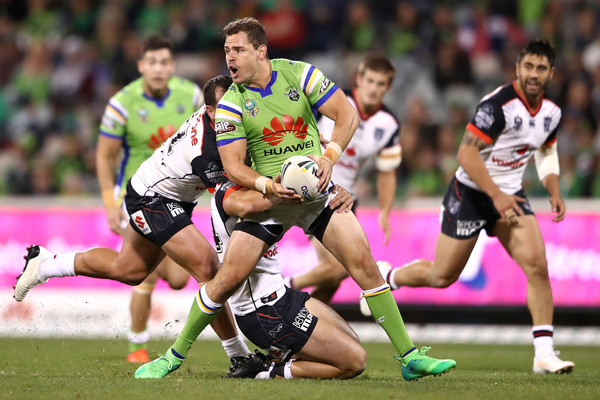 Since I was away on holiday, I didn’t manage to catch the Raiders-Warriors game, although the highlights I’ve seen just seem to reiterate that Jordan Rapana is one of the key visionaries in the NRL at the moment. On the same afternoon, the Sea Eagles partly made up for their lacklustre performance against the Dragons at Lottoland week, coming back from a whopping 18-0 Melbourne lead to only lose by four. In some ways, this was the game that broke the narrative mould of Round 7, since, by all accounts, Manly should have made good on their momentum and broken through the Storm’s lead. 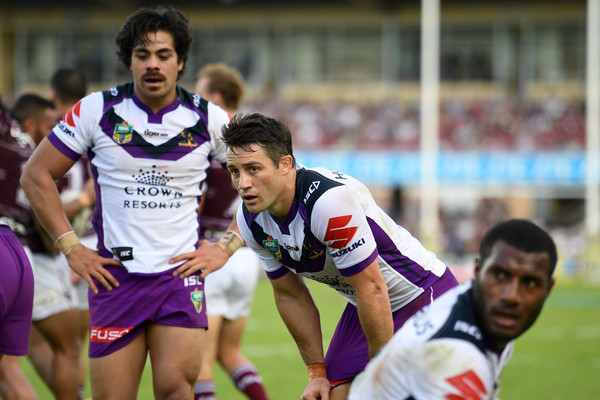 After all, it would have been a brilliant talking-point for weeks to come: not only would the Storm have been beaten in the grand final rematch, but they would have been trounced the following round by one of the most disorganised (in some ways) teams in the competition at the moment. That they didn’t manage to pull it off was almost more disappointing for the Sea Eagles than their loss to the Dragons at home the week before. 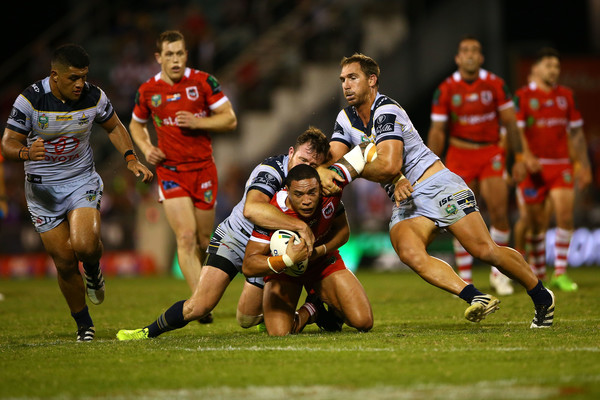 Speaking of St. George-Illawarra – and what might have been – the Dragons-Cowboys matchup was, for me, the most anticlimactic this round. If Johnathan Thurston had been on board this would have been one of the best clashes in some time, as a Cowboys outfit stunned by their shock loss to the Tigers at 1300SMILES would have found themselves pitted against a Dragons lineup hungry to maintain their position at the top of the ladder. With JT out, however, the result was more predictable, and St. George prevailed on home territory. 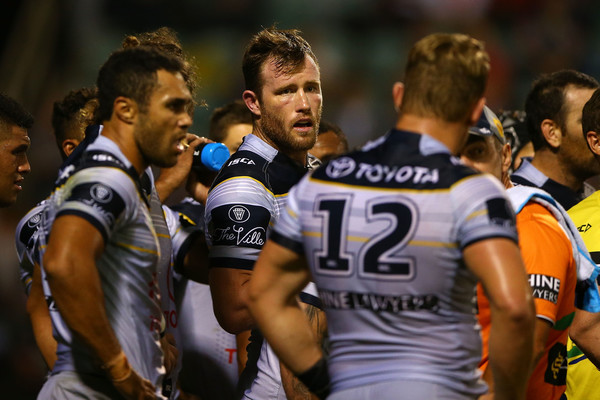 All in all, then, a pretty good week of footy in terms of drama and entertainment value. For my money, the most interesting matches next round will be Eels-Panthers, Cowboys-Knights, Sharks-Titans and Roosters-Dragons. Still, NRL is nothing if not unpredictable, so here’s hoping that my predictions will turn out to be misplaced!