Parramatta delivered another disappointing loss to the Panthers in Saturday’s Western Derby, threatening to keep them tryless for the second time in two weeks until Peta Hiku and Corey Harawira-Naera managed to put down four-pointers late in the piece. After two dispiriting losses to the Rabbitohs and the Sharks, Penrith now have to seriously contemplate where they lost the momentum they generated around last year’s finals, since it’s not enough to blame it on absences or new additions to the team any longer.

Part of what made the Penrith defeat so disappointing was that it marked the return of Bryce Cartwright after several weeks on the sideline. Whether because he wasn’t quite ready to get back on the park, or because he hasn’t been practicing with the team over the last few rounds, Cartwright was a shadow of his regular self, failing to defuse a Parra ball three minutes in that allowed Corey Norman to run through and plant the first try of the game.

It was the beginning of what will surely become a signature 2017 game for Norman, who set his stamp on both stanzas with tries three minutes into each, making his first double for the Eels. The second was particularly impressive, and effectively a team try, as Siosaia Vave paired major metres after contact with a rapid play-the-ball to set Clint Gutherson up for a deft kick to the wing. Finding the Steeden right in time, Norman dove under the knees of the Penrith defenders with Josh Hoffman running up behind to clean up if necessary. 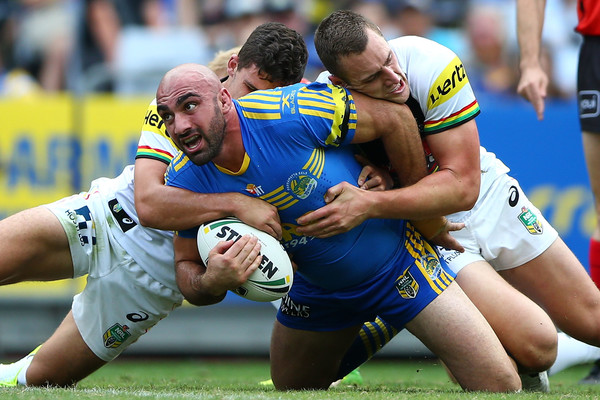 Norman’s prowess also brought the first half to a satisfying close for Parramatta with a perfectly balanced kick that allowed Semi Radradra to outplay Dallin Watene-Zeleniak under the high ball and bring home his sixth try of the season. You could tell from the moment Norman’s boot hit the ball that it was going to find Semi – it was that kind of night for the Eels – and it ensured that Parra hit the back forty minutes on a runner’s high that the Panthers were never able to really dent. 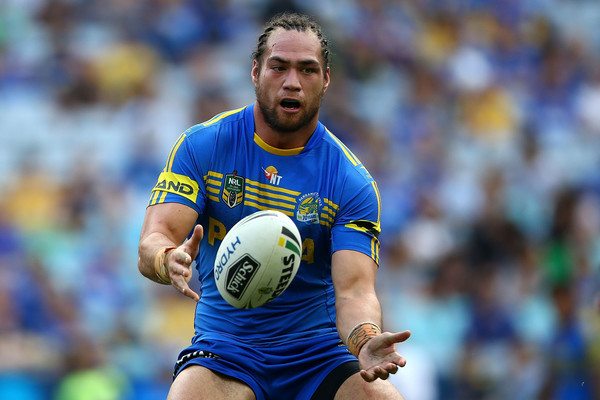 If anything seemed destined to halt the Eels’ momentum it was yet another string of referee controversies, with dubious knock-on calls seeming to be the flavour of the week. The debate around Anthony Milford’s notorious field goal was reversed here, however, with the ref calling a knock-on after a quick play-the-ball to Michael Jennings late in the piece only for video footage to show that no such thing had occurred.

Given that Jennings’ own try had been disallowed twenty-five minutes in on the basis of a possible knock-on from Gutherson – I was 50/50 about it – Jenko was understandably frustrated and his irritation was contagious, unsettling the Eels, who never quite recovered enough to continue laying on the points. And Penrith took advantage, racking a series of repeat sets – including a zero tackle restart leading up to the final siren – that culminated with a try from Corey Harawira-Nera three minutes from the end.

Still, it was too little too late from Penrith, who’d had a number of opportunities throughout the game but hadn’t been able to capitalise upon any of them. At the 33rd minute they got an opportune scrum, but turned over the Steeden on the first tackle, while three minutes later another opportunity culminated with a penalty for Parra after Nathan Cleary held back Manu M’au, with Semi scoring on the following set. Ten minutes into the second stanza, the Panthers once again had a series of repeat sets but couldn’t make their way around Parra’s rock solid defence, with Cleary forced to run the ball on the last tackle instead of delivering one of his signature floating bombs.

In fact, the Panthers seemed to be experimenting with running the ball on the fifth tackle across the game. Whether this was a spur-of-the-moment response to how assiduously the Eels were targeting their wingers  or whether it was an effort to disorient a team poised to neutralise Cleary’s bombs, it didn’t work. The result a disheveled and disorganised second half for the mountain men that was only redeemed by Peta Hiku’s try at the 56th minute and Harawira-Naera’s four-pointer twenty minutes after. 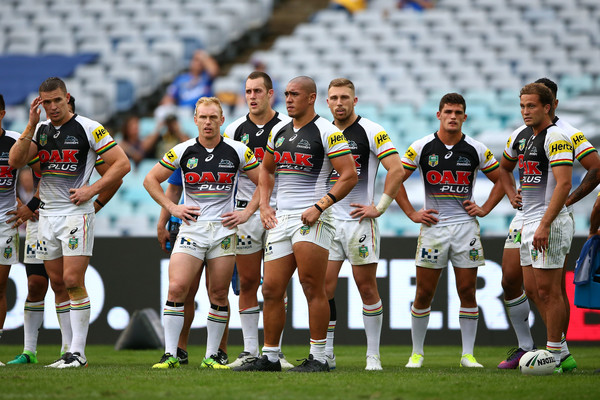 Even these achievements were more isolated than you might think, however, as Penrith continually tried to conjure up some of their magic from earlier in the year but just as continually came up short. At one point, Matt Moylan seemed to be about to deliver with a deft behind-the-back pass, but it was fumbled by Waqa Blake and probably forward anyway, failing to produce the dividends that the same move generated from Tyrone Peachey a couple of weeks ago. 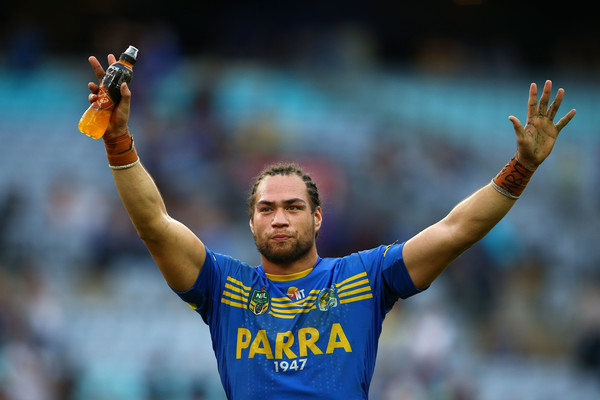 Of course, that’s not to say that Penrith didn’t come up with anything – Moylan, in particular, was strong in defence at moments, with a well-timed tackle on Kirisome Auva’a saving a try seventeen minutes in. But this felt like a watershed defeat for the Panthers, a definitive indication that the last few weeks haven’t been an anomaly and that they have in fact slipped away from the team that felt so volatile and vital during finals footy last year. While the losses to the Rabbitohs and the Sharks might have been disappointing, the defeat to Penrith was more depressing, and seemed to carry more sombre implications.

And the team could feel it. I don’t think I’ve seem such an emotional game all year, at least as far as the facial expressions of the players were concerned. While we often see exuberance, frustration and agitation on the footy field, we don’t often see players looking as downright dejected as the Panthers did on Saturday afternoon. The nadir came after Isaah Yeo failed to catch a flat pass from Bryce Cartwright at the 78th minute, effectively dashing any hopes of the team making good on Harawira-Naera’s surge. 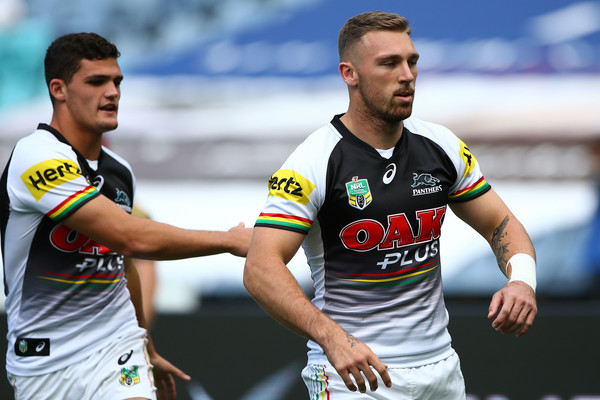 If Yeo looked the most plaintive at this particular moment, it was Moylan’s face that spoke for the team as a whole and at the end of the game he was a sorry sight for Penrith fans indeed. In part, that’s just because Moylan has a more vulnerable, expressive face than most players, but I think he’s also because he personifies the Panthers struggle in a particularly personal and poignant way. Like the team in recent years, he’s been written off again and again only to keep plugging away at it and deliver quality football, and the fate of the current squad feels peculiarly bound up with his own performance.

It’s going to be a nail-biting match, then, when Penrith kick off Round 9 against Brisbane, since this will may turn out to be the clash that makes or breaks the Panthers’ year. In the second half of Saturday’s game you could see that they’d lost most of their momentum and confidence, and it’s my feeling that it’ll be very difficult for them to regain it without a win next week. Here’s hoping, then, that they do win, since the rise of Penrith was one of the most exciting aspects of last year’s season, and the Broncos can withstand a loss much more easily than the Panthers at present.