They might have lost every other away game of the year, but the Warriors still managed to put in their most emphatic victory of the 2017 season against the Titans at Cbus on Saturday afternoon. Despite the fact that this was the Titans’ tenth birthday bash, and Konrad Hurrell’s first game against his previous team, the Gold Coast players couldn’t muster up what was needed to defy the New Zealand side, whose intelligent, discerning strategy only escalated over the second half, cementing their dominance in second phase play in the process. 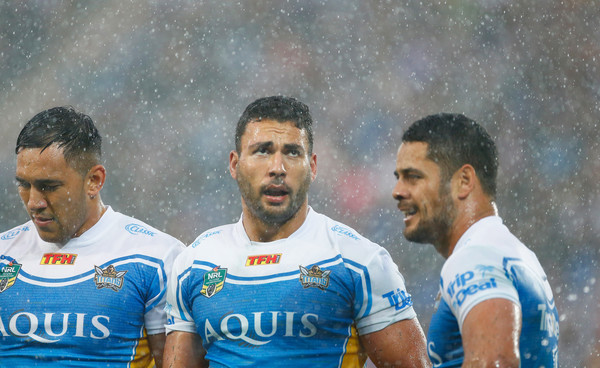 At first, it looked as if we might be in for a fairly equal contest, with Kane Elgey and Ryan Hoffman both managing to put down points in the first ten minutes. However, for all that Ash Taylor and Shaun Taylor might be the two biggest try assisters in the NRL at the moment, the scoreline quickly shifted in favour of the Warriors, with Gold Coast unable to score again in the first half. It didn’t help, either, that Elgey’s try cost him the rest of the game, contributing to a dislocated shoulder that saw him taken off the field almost immediately.

Things then remained quiet for a bit with Blake Ayshford only managing to put down the next New Zealand points thirty minutes in, off the back of a scintillating Warriors set that culminated with a short ball from Johnson to Bodene Thompson. It wasn’t necessarily the best fifth tackle option, and yet Thompson immediately made good with an offload back to Johnson, who sent out a deft harbour bridge pass to bypass the Titans’ right wing defence and allow Ayshford to curve around to plant the ball right between the posts. 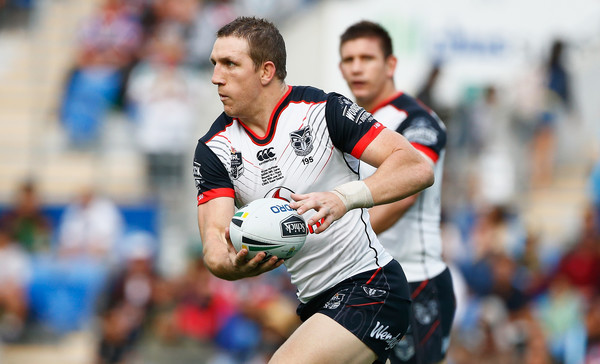 It was a try that set the scene for the Warriors’ dexterity with second phase play over the course of the afternoon and was followed up a couple of minutes later by Ken Maumalo. In a great set play, Kieran Foran ran right to the line and then curved the ball around ahead of the defenders to put his winger over. A particularly impressive conversion from Issac Luke would have been more than enough to cement New Zealand’s momentum in the build up to half time, but that wasn’t enough for Roger Tuivasa-Sheck, who put down another four points in a decisive display of captaincy a mere five minutes later.

Once again, the try came on the back of an offload from Thompson that allowed RTS to dodge through the tiniest of gaps between the Gold Coast defenders to run half the length of the field, showcasing his blistering footwork in a display of dexterity that was all the more impressive for the pelting rain that had set in moments before. As it was, RTS skidded to the ground just short of the line but still managed to make the most of his momentum and catapult over while retaining possession of a Steeden that grew slipperier by the second. 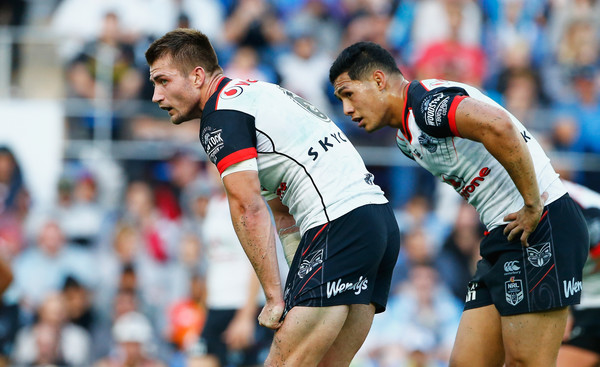 Not only did RTS’ mad run mark the third Warriors try in less than ten minutes, but it also came immediately after the Titans lost possession during one of their most impressive starts to a set for some time – a damaging run from Hurrell, who managed to make more metres after contact than any other player in the game so far before offloading in an effort to give the Warriors a run for their money with second phase play. As fate would have it, though, the Steeden was lost moments later, giving Thompson and RTS the opportunity to show how far ahead New Zealand really were.

After heading back from the sheds, it was clear that the Titans had to deliver something special to stay in the game – and Jarryd Hayne managed to do just that, picking up the ball and dummying as if to pass, only to slide through Johnson and Thompson in an inversion of the second Warriors try. All afternoon New Zealand had scored by running right up to the line and challenging the judgement of the Gold Coast players, but here Hayne turned their mind games back upon them in what felt like it could be a genuine turning-point, not least because Hayne himself put it down.

While there have reportedly been issues around how Hayne has settled in with the Gold Coast culture this year, he still has the kind of gravity to really generate momentum at critical moments in this way. Sure, he may sometimes seem to only step up when playing on a representative stage, but, conversely, when he does bring home something special for the Titans it suddenly feels as if they can play as well as the Blues – and that was certainly the case in the opening minutes of the second stanza at Cbus on Saturday. 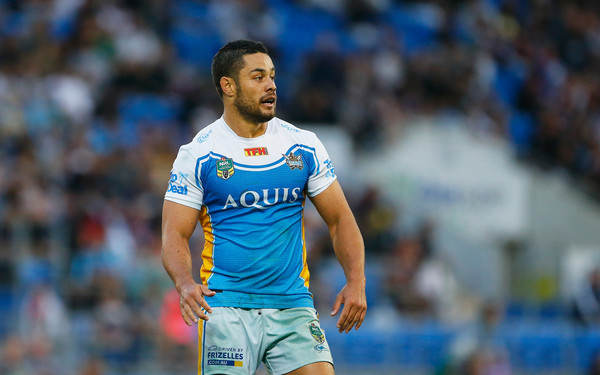 At the same time, it was a decisive gesture of leadership from Hayne and a justification of his return to fullback in the wake of RTS’ damaging display of dexterity at the end of the first half. While the Titans have had some amazing moments in 2017, they still haven’t got over the leadership and vision that David Mead provided in the no. 1 jersey. Yet Hayne’s try in these opening minutes provided a brief glimpse of how well he might organise and galvanise the team from fullback if he has the opportunity to really settle in at the club.

However, as fate would have it, this would turn out to be the last really decisive moment for Gold Coast, with the Warriors just seeming to amp up their dexterity, intelligence and judgment, as if desperate above all else to prevent the second half slumps that so often seem to be their stock in trade. That came to fruition at the sixty-fifth minute, when they received a penalty and decided to tap and go (instead of taking Stephen Kearney’s advice to take the two), putting in a brilliant set and managing to get a goal line dropout after a deft fifth tackle option from Johnson, who made as if to pass but instead gently grubbered the Steeden along the ground to gently trap Gold Coast in the in-goal area.

The subsequent set seemed over before it had begun, as Ayshford scooped up the ball and got to ground just before the goal line, the sodden surface providing him with just enough momentum to slide over without succumbing to a double movement. It was the best possible way to take advantage of the torrential, wintry conditions, which had really intensified during this succession of New Zealand sets, but which perhaps also made the Warriors feel as if they were playing a home game as well.

By this point, it was paramount that the Titans score a try – ideally the final try – and for a moment it looked as if Dale Copley might have had the last word, six minutes out from the end. In a real show of strength for the Titans, the ball moved through virtually ever major Gold Coast playmaker before finding its way to Chris McQueen out on the right wing, who managed to offload just as he was hitting the deck, perfectly timing the pass so that it hit Copley square on the chest, leaving the big man little to do but twist and spin over the line. 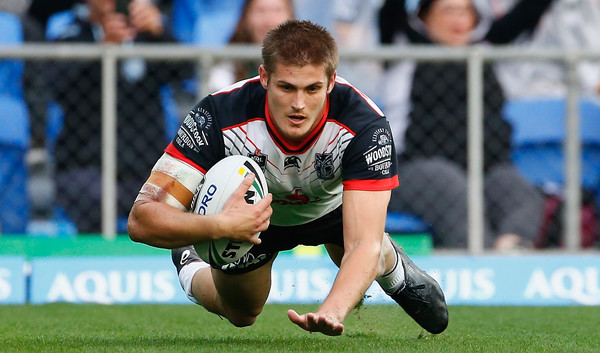 The Titans have a few team tries to their name this year, and this was undoubtedly one of the best. Coming a bit earlier in the game it could easily have been a turning-point but, as it was, with Hurrell taken off a minute later with an injury, and Elgey already off with his dislocated shoulder, it felt as if things were pretty much over for the Gold Coast. Sure enough, the Warriors had the last word, with Simon Mannering running right to the line one minute out from the end, where he passed to Johnson who made space for Ata Hingano to put down his first NRL try.

If this was a graduation moment for Hingano, then it was a veteran moment for Hoffman, who celebrated his 300th game by kicking the third conversion attempt of his career, and putting it through the posts for the first time. Between Hingano and Hoffman’s celebrations, it was the perfect ending to the fusion of experience and new blood that made the Warriors so dangerous across the course of the afternoon – a synergy they’ll be looking to maintain when they take on the Bulldogs at home after the bye. For the Titans, it’s back to the drawing-board before they take on the Bunnies next week, since you can be sure they’ll be anxious to make up for their most disappointing home game of the 2017 season.