Things were looking pretty desperate for Parramatta heading into Sunday afternoon’s match at ANZ Stadium, with the blue and gold army having lost every single fixture of 2018 so far. On the other side of the Steeden the Panthers were coming off a rousing win over the Cowboys at 1300SMILES Stadium, and a stunning performance from James Maloney in lieu of Nathan Cleary, making them a particularly formidable opposition for a struggling Parra outfit with a point to prove.

Things augured well for the Panthers from the opening couple of minutes, with Maloney slotting through a penalty goal four minutes in. From there, however, we saw a bit of a disastrous sequence – at least by comparison – for Penrith, as Dylan Edwards fumbled the high ball, the Eels got two successive penalties, and Kaysa Pritchard opted for a quick tap on the second, forcing Trent Merrin into committing an early professional foul and finding himself abruptly sent to the bin for his trouble. 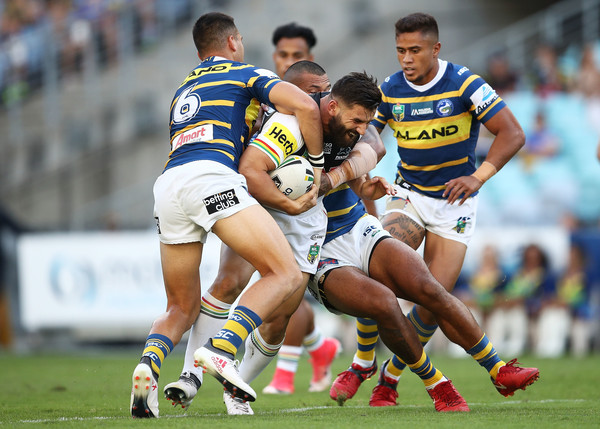 To their credit, though, the mountain men kept Parramatta out over the next ten minutes, as Waqa Blake cleaned up a particularly dangerous high ball, and a hit-up on Mitchell Moses forced the ex-Tiger to cough up the footy moments after Daniel Alvaro had tackled it out of Reagan Campbell-Gillard’s hands. In a further twist, Tim Mannah was sent to the bin three minutes after Merrin returned, and the Panthers scored on the next set, showing Parra just how to handle a twelve-man opposition. 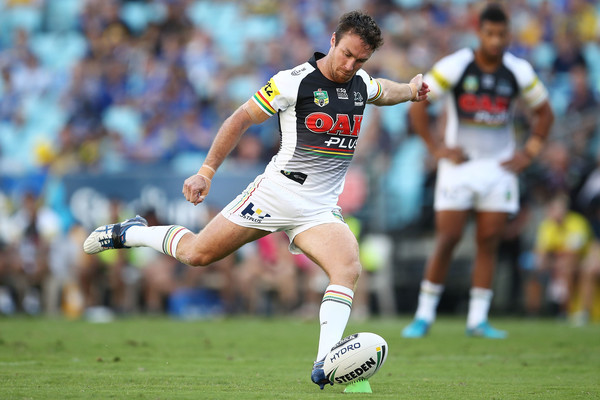 These first four points were as elegant and economical as anything on display against North Queensland next week, and in some ways recalled the simple brilliance of Cameron Munster and Billy Slater’s combination after the scrum just before half time in Saturday’s match against the Tigers at Mt. Smart Stadium. Here, as there, all it took was a perfectly placed kick from the halfback, with the no. 2 now slamming forward to land on the Steeden and get it to ground all in one overpowering gesture. 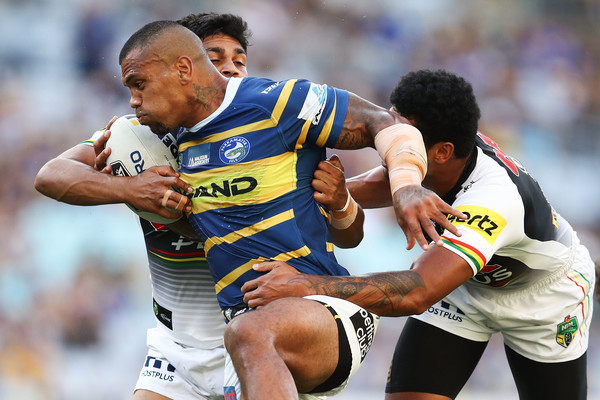 Seeing Mansour put down points is always a particular motivating spectacle for the Panthers, and seeing him link up so seamlessly with Maloney was even better. Penrith didn’t manage to capitalise on it over the rest of the first half, however, even as Parra got increasingly messy, struggling to complete sets and orchestrate convincing fifth-tackle options as they drew closer to half time with no points scored. 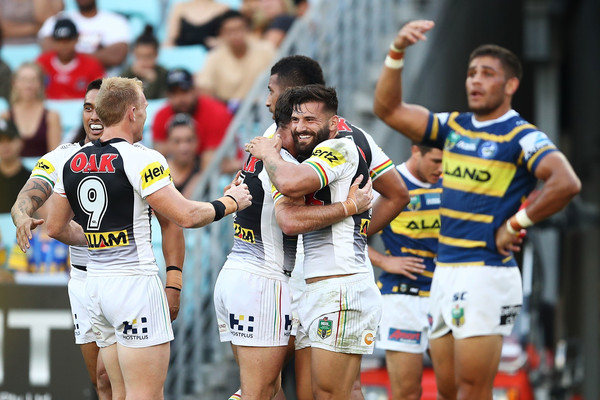 The first big error came when Josh Hoffman dropped the ball at the end of a promising Parramatta set. Shortly after, Moses managed to get across the ball to Michael Jennings, only for a speedy Penrith defence to smash him into touch. Still, as the siren loomed, the Eels got a couple of penalties, and a fifth-tackle letoff, when Will Smith collected the ball back after a bad kick and the team got six again. Yet a forward pass from Moses to Manu Ma’u, and a knock-on from Ma’u, meant that it all came to nothing, as the Panthers put down the last points with a penalty goal from Maloney less than thirty seconds out from the sheds, off an error from Peni Terepo. 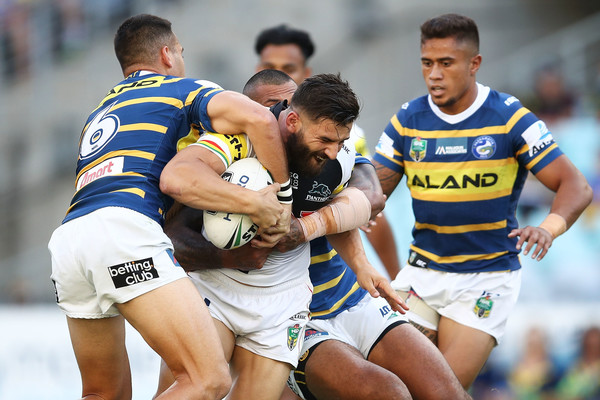 To have any chance of remaining in the game the Eels had to be the next to score – and so they were, although their first four points were arguably a matter of luck as much as anything else. Sending a short grubber towards the line, Moses looked on in dismay as Edwards and Mansour dived for it, only for some poor communication between the Penrith fullback and winger to send the ball bouncing back to George Jennings, who slammed forward to put down the first Parra points of the evening. 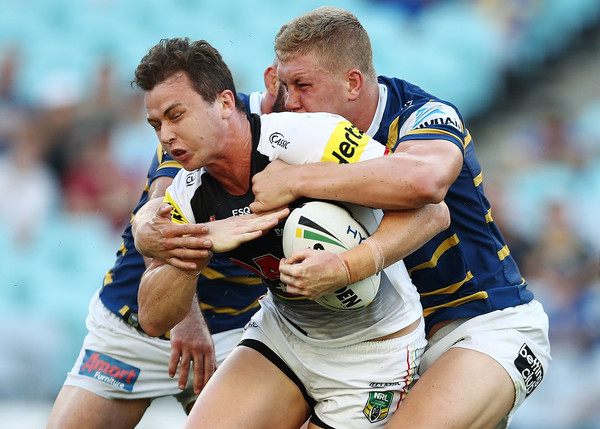 As the second stanza wound down, we were treated to one amazing defensive sequence after another from Penrith, from dragging George Jennings into touch to an amazing tackle from RCG that forced Michael Jennings to spill the footy at a pivotal moment in the Parra attack. Finally, with seven minutes to go, the Eels made some headway, with Norman heading a huge harbour bridge pass out to the left edge only for Hoffman to lose his footing and put down the Steeden a metre short. 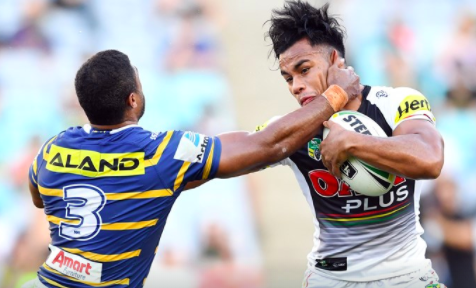 With six minutes on the clock, the Eels still had a chance – after all, Penrith were still only four points ahead – but the mountain men stood strong, thanks in part to a terrific catch and kick return from Mansour three minutes out from the end. From there, the game ended as it had begun, with the Panthers gaining a penalty and Maloney slotting through a two-pointer, for a win that felt every bit as clinical as their victory against the Cowboys, marking their best start to the season since 2004, and the Eels’ worst since 1991 – game that will leave both teams thinking about strategy and consolidation when they take on the Raiders and Titans in Round 6.